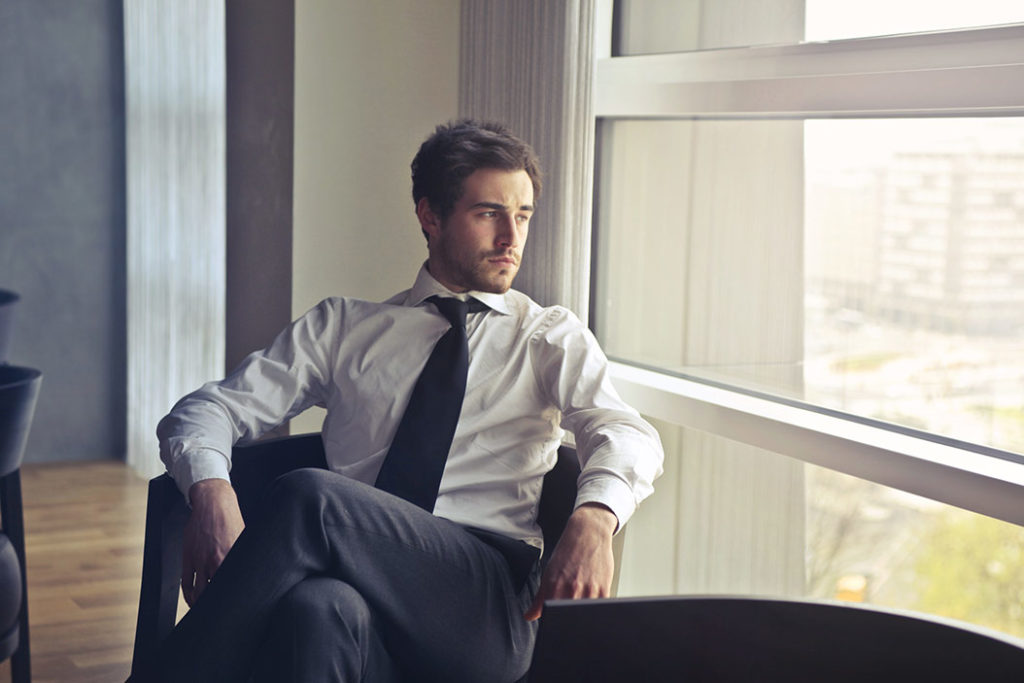 June is Men’s Health Month. Although, I imagine not many men know it. As a man, I can attest that our physical health can often take a backseat to our families, careers, hobbies, and vices. On average, men seek out far less preventive care than women do. Being that men are less in touch with their health, we are also less aware of the many challenges of modern life that become major men’s health concerns.

Despite the talk of living to 150 years, life expectancy for men has dropped multiple years in a row for the first time since WWI. I hope this acts as a wakeup call for men to take control of their health so they can live happier, healthier, and longer lives doing the things they love and being with the ones they love. So let’s discuss several important health concerns for men with a focus on preventive care.

Men face unique challenges in modern times. We live in a strange time where we are exposed to so many new toxins, chemicals, materials, and substances, most of which are synthetic, manmade, and foreign to our bodies. We breathe them, touch them, and eat them. Our bodies simply do not know what to do with it all. Science is now at a place where it proves over and over that these men’s health concerns are very real and will undoubtedly affect every aspect of life to some degree in the future.

However, the modern lifestyle is more than passive exposure to chemicals and toxins. Just as important are the conscious decisions we make to be more sedentary and unhealthy. Most men work from sunrise to sunset sitting in an office. We do not move, we receive little to no sunlight, and eat whatever we can get our hands on. This lifestyle is a far cry from what humans, and men in particular, once were.

We have evolved to adapt to our environment and to work it. We have developed major muscle groups, neurochemical pathways, reflexes, and more in order to survive and thrive. Now, we are “suddenly” living completely different lives than our ancestors did. You only need to go back two or three generations to see a completely different lifestyle – one that is more in line with what our bodies were made to be. It’s not to say men had better lives then. Not at all. We have air conditioning, antibiotics, and comforts beyond their wildest dreams. However, they likely had better functioning physical bodies and more optimally balanced hormones. Now, if only we could combine the best of both worlds.

I mention all of these differences in hopes that we wake up to our own bodies and health and what part we play in damaging our own health. You can find more on hormone imbalance in previous posts. To hear more about environmental factors and lifestyle factors that affect our health, stay tuned to future blog posts. Instead of diving deep into those issues in this post, I’d like to lay out some of the more important downstream men’s health concerns, how to check them, and where to begin to fix them. After all, we men love to fix problems.

More than 1 in 3 men have some form of cardiovascular disease (CVD). Hypertension is most common in males in adults less than 45 years old. In 2010, 74.9% of bypass surgery patients were male. CVD certainly does have a genetic component; however, it is largely due to lifestyle. And even if you are genetically predisposed to CVD, lifestyle can actually prevent the turning on of those genes.

A few of the most common and most important ways to prevent CVD include eating a mostly plant-based diet, doing cardio-focused exercise, and stress reduction. At a routine wellness visit, it is important to monitor your blood pressure and have bloodwork done to check your cholesterol and blood sugar (A1C). A few new developments in medicine show us even more nuanced roles of certain markers in our bodies that directly predict CVD risk. One that we are increasingly paying attention to is homocysteine, which is an amino acid directly linked to CVD. It is usually caused by excessive meat consumption, most likely in the absence of vegetables.

Diabetes obviously affects both men and women. It is evaluated with simple lab tests, such as Hemoglobin A1C, fasting blood glucose levels, and insulin levels. These tests provide us with an accurate average of your blood sugars over the last 3 months. It’s considered one of the major men’s health concerns because diabetes can often lead to a host of other issues, including erectile dysfunction and depression.

Depression and suicide have continued to be major men’s health concerns. Suicide is playing a major role in the decreased life expectancy in men. In 2017, the highest rate of suicide was in men between 45-54 years old and 65+ years old. This topic has been taboo for so long that it has made the quiet desperation of suicide worse.

Fortunately, more and more people are talking about depression and suicide, and more people feel comfortable seeking help. In men, symptoms of depression can be insidious because it shows up as a constellation of symptoms such as irritability, low energy, anxiety, loss of interest in work or hobbies, problems with sexual desire and function, physical aches or pains, withdrawal from loved ones, substance use and abuse, plus many others. Do not be afraid to talk to your healthcare provider about your concerns. We want to know if any of these symptoms are happening for you.

Surprisingly, more men than women die each year from melanoma. Men age 49 and under have a higher probability of developing melanoma than any other cancer. That statistic doesn’t even include pesky superficial skin cancers like basal cell and squamous cell carcinomas. These minor skin cancers are very rarely life threatening like melanoma, but they are expensive to treat. And removal usually leave people with large scars on their faces, ears, chests, and arms.

Although limiting sun exposure does not completely prevent melanoma, it is still the best way to prevent skin cancers. Wear long sleeve shirts, pants, and hats that cover the entire face. Also, don’t forget the sunscreen. Avoid commercial sunscreens with ingredients avobenzone, oxybenzone, octocrylene, and ecamsule, as these chemicals are carcinogens. New studies show very high absorption rates even after one application. Instead, a better choice would be to buy sunscreens that use titanium dioxide or zinc oxide like Elta MD products.

Most men think they are alone or at least in a huge minority with this problem. That thought is simply not true. Most men at some point in their life will deal with erectile dysfunction (ED). There are many issues that can cause ED such as anxiety and depression, diabetes, relationship problems, low testosterone, etc. Please discuss your concerns with your provider as there are many ways to treat ED. Your provider should discuss your sexual health with you at your wellness visit. If they do not or you do not feel comfortable talking to them about it, please find another provider.

I believe you can prevent many men’s health concerns with lifestyle changes. Most of the time, when we discuss “lifestyle changes” in the medical field, we mean physical changes such as a better diet, more exercise, and plenty of sleep. However, emotional, mental, and spiritual changes are just as important.

The body responds to harmful thoughts and emotions as if it were in physical distress, even if it is not physical. So finally, do not forget the power of your mental and emotional state when battling common men’s health concerns. Adding some sort of mindfulness, breathing exercises, or meditation practices can be incredibly beneficial in quieting the mind and controlling inflammation due to emotional and mental stressors.

At Optimum Mens Health, we speak with our patients about the entire picture of their health to help them achieve their best life. We provide a level of healthcare that I would want for myself – the clinic is a comfortable atmosphere where men feel confident to share their health concerns with a provider who will listen and take effective action. Our ultimate goal at Optimum Mens Health is to make you feel like you again.